When Was Sunscreen Invented?

Sunscreen is a staple of today’s summer fun, whether lounging on a beach or splashing in the pool. But we didn’t always have sunscreen to protect our skin from the sun’s burning rays. In this … 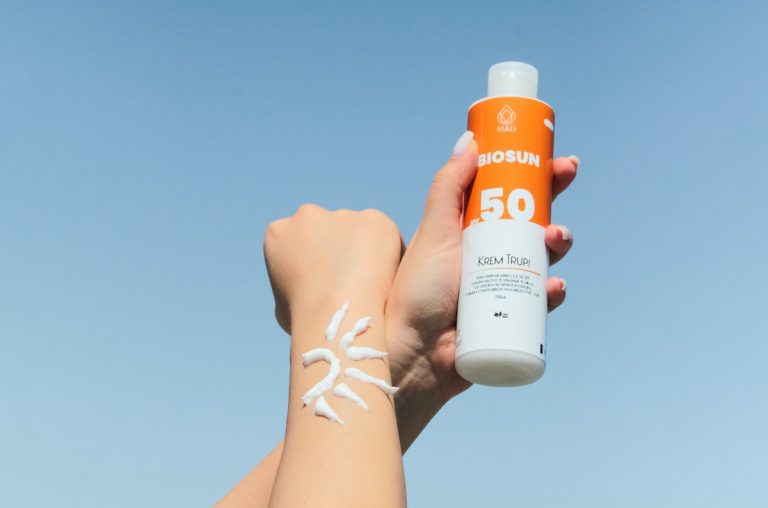 Sunscreen is a staple of today’s summer fun, whether lounging on a beach or splashing in the pool. But we didn’t always have sunscreen to protect our skin from the sun’s burning rays.

In this article we’ll discuss when sunscreen was invented and explore some early sunscreen alternatives before SPFs hit the scene.

When Exactly Was Sunscreen Invented?

When it comes to the origins of our beloved protective sunscreen, history has a few different individuals to thank.

In the early 1930s, Australian chemist Milton Blake created the Hamilton line of sunscreens, which are still available today! Meanwhile, chemist Eugene Schueller – the founder of L’Oreal – developed a sunscreen formula in 1936.

However, the first big commercial sunscreen product was created by France Greiter in 1938, and he is today largely credited as one of the core inventors of sunscreen. Greiter, a Swiss chemistry student, set out to invent sunscreen following getting a bad sunburn while mountain trekking in the Alps.

Meanwhile, Benjamin Green, a pharmacist and airman from Miami, Florida, used a mix of cocoa butter and red veterinary petroleum as an early sunscreen in 1944. It was designed specifically to protect military soldiers like himself from ultraviolet rays while fighting during World War II.

This early sunscreen was heavy, sticky, red, and not very fun to wear, with a texture similar to petroleum jelly. But it was effective in providing a physical barrier between the skin and the sun, much how zinc oxide works. This creation eventually transformed into the Coppertone brand we know today!

Interestingly, Coppertone products were initially advertised as a way to get a “faster, deeper tan,” with the goal of allowing people to tan while still staying safe from the sun. This of course was all a bit misleading, as we now know that there is no safe way to tan. Tanned skin is skin-damaged skin!

Despite being initially invented in the 30s, water-resistant sunscreens didn’t appear on the market until 1977, and in the 1980s the now popular broad-spectrum sunscreen was invented that provides UBA and UVB protection against both long-wave and short-wave UV rays.

In the 1990s we also saw the production of sunscreen sprays and gels, allowing for a variety of ease-application methods that have continued to be popular.

In the early 2000s, invisible zinc oxide was finally produced, allowing for a physical protectant against the sun (rather than chemical) that goes on clear instead of the ghostly white zinc oxide of old.

It wasn’t until 2011 that the FDA issued a comprehensive and stringent set of rules designed to help consumers identify and choose appropriate sunscreen, requiring that sunscreens clearly state SPF level and whether or not they are “broad-spectrum.”

What Did Indigenous People Use for Sunscreen?

Sunscreen is a relatively modern invention, but the sun has been around forever! Throughout history humans have found plenty of clever natural ways to protect themselves from the sun, although none are so effective as today’s sunscreen topicals.

Clothing, scarves, shade, and awnings were early methods of protecting skin from the sun. In the 16th century, covering one’s body from head to toe was quite common, providing protection against the sun but stifling discomfort. Parasols and sun bonnets eventually become a more moderate option.

However, plants were popular for skin protection as well. For example:

Do you know of any other ancient sun protection strategies? Is there anything about the history of sunscreen that surprises you? Let us know in the comments!