You may have been seeing sunscreens on pharmacy shelves labeled as featuring “non-nano zinc oxide.” What exactly does that mean, and how is it different from normal zinc oxide? Non-nano zinc oxide is simply a … 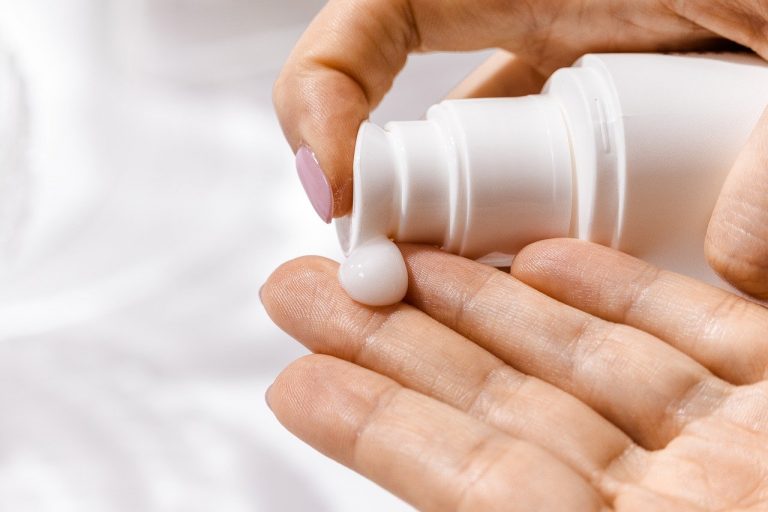 You may have been seeing sunscreens on pharmacy shelves labeled as featuring “non-nano zinc oxide.” What exactly does that mean, and how is it different from normal zinc oxide?

Some feel that nano-zinc oxide isn’t as safe as its non-nano original, fearing that the smaller-sized nano particles will be able to seep into the user’s bloodstream.

Should you be concerned about nano zinc oxide sunscreen? Which type of zinc oxide-based sunscreen is safest? We’ll dig into everything you need to know here!

First Off, What is Zinc Oxide Anyway?

Zinc oxide is a naturally occurring mineral compound that’s been used for many years in various creams and ointments – one of the oldest recorded uses of zinc oxide is in medicinal topical ointments dating back to the 1st century A.D!

It’s long been a natural method of sun protection and today, zinc oxide is still commonly utilized as an active ingredient in sunscreen lotion, creams, lip balm, and more.

In addition to providing broad-spectrum protein, zinc oxide also helps reduce redness and inflammation, as well as soothe and heal irritated skin. You can see why zinc oxide has been so popular for thousands of years!

Zinc oxide is used in sunscreens that rely on physical barriers, as opposed to chemical barriers.

What is Nano Zinc Oxide?

Zinc oxide’s function as a physical barrier sunscreen means that it has to sit on the skin to be effective. This is why zinc oxide sunscreen commonly appears as a thick white paste on top of the skin, referred to commonly as a “white caste” and seen traditionally associated with lifeguards!

Most folks don’t love the idea of looking like a ghost – even in the name of sun protection – which has made zinc oxide only embraced by the most diehard sun warriors.

However, new nanotechnology has opened up new possibilities for zinc oxide, refining the zinc oxide particles to make them smaller and erasing the often-maligned white caste found in traditional zinc oxide products.

This modified form of zinc oxide is referred to as “nano zinc oxide”. A nanoparticle refers to a particle that is smaller than 100 nanometers. It’s very, very small!

As these zinc oxide particles get smaller, the skin surface area that can be covered increases (aka it becomes easier to spread on the skin) and there is less of a white caste, all without lessening the sunscreen’s UV coverage.

As with a lot of new technology, there are some skeptics of this new form of zinc oxide sunscreen. Some individuals worry that these tiny, nano-sized particles might be harmful to the human body.

Since the newer zinc oxide nanoparticles are so incredibly small, they have unique properties that aren’t found in their standard-sized originals. Some fear that these ultra-sized nanoparticles can no easily pass through human skin and potentially could even penetrate the walls of cells and enter the bloodstream. And since these are novel nanoparticles, there are some unknowns as to the biological and toxicological results.

One 2012 study measured the amount of zinc nanoparticles in human volunteers who applied zinc oxide sunscreen two times a day for five days in a row. The result was less than .01% of zinc entering the bloodstream. Another study sponsored by the FDA and European Union found that neither zinc oxide nor titanium dioxide nanoparticles penetrate the skin.

What is Non-Nano Zinc Oxide?

To meet the concern around the newer nano zinc oxide, some companies are now marketing their sunscreens as containing “non-nano zinc oxide.”

Non-nano means that the particle is larger than 100 nanometers, so it won’t penetrate your skin.

This term is somewhat misleading though, since nearly all particles used among most manufacturers would technically be considered nanomaterials under a broad definition of the term, including the one proposed by the FDA.

Still, it’s true that non-nano zinc oxide (aka normal, traditional zinc oxide like the kind found in diaper cream) won’t absorb into your skin, functioning instead as a physical barrier. Of course, the drawback to non-nano zinc oxide is that you’ll have to deal with the white caste and the thick, somewhat cumbersome consistency.

In addition to eliminating the risk of being absorbed into the skin, non-nano zinc oxide is also the safest choice for marine life and coral reefs. Zinc oxide (in its non-nano form) has been shown to not harm marine wildlife.

Depending on where you travel, non-nano zinc oxide might be the only legal form of sunscreen you can even use on vacation!

Nanoparticles May Sound Scary, But They’re Nothing New

While some may get skittish at the idea of nanoparticles seeping into their skin, they’re actually nothing new.

Remember how at the beginning of this article we talked about how there are two main types of sunscreens: chemical and physical? Chemical sunscreens are the most common and most popular type of sunscreen, with the chemical elements absorbing into your skin rather than sitting on top to block the sun. This is why most common, everyday sunscreens do not leave any kind of white cast or film.

Nano Zinc Oxide May Be Dangerous as an Inhalent

However, there is some truth to the fact that nanoparticles may be dangerous to inhale or ingest, which poses some problems for the increasingly popular aerosol sunscreens.

There is no evidence to support the idea that individuals inhale or swallow enough nanoparticles to pose any significant risk. That being said, the FDA is proposing extra tests for powder and aerosol sunscreens to ensure no nanoparticles are released that could damage one’s stomach or lungs.

Check out our infographic to better understand the differences between nano and non-nano zinc oxide!

How Can I Tell Whether a Sunscreen Uses Nano-Particles or Not?

Most brands that manufacture nano-zinc oxide sunscreens will advertise the benefits of this type of zinc oxide sunscreen, highlighting the lack of white caste commonly associated with the zinc oxide mineral. So, if you see a sunscreen advertising itself as “invisible zinc”, “clear zinc”, or “sheer zinc” it most likely is using nanosized zinc particles.

What is the Safest Sunscreen for Sun Protection?

Yes, you’ll have to deal with the white caste, but we think it’s a good trade-off considering the fantastic broad-spectrum sun protection you get.

Ultimately, any concern around nanoparticles is not worth putting your skin in jeopardy by bypassing sunscreen.

Best Sun Protection for Hair: Strategies for Protecting Your Hair from the Sun