How Long is Sunscreen Good For?

The Food and Drug Administration (FDA) mandates that sunscreens must remain at their original strength for at least three years (or, 36 months). So good news – you can use your sunscreen from last year … 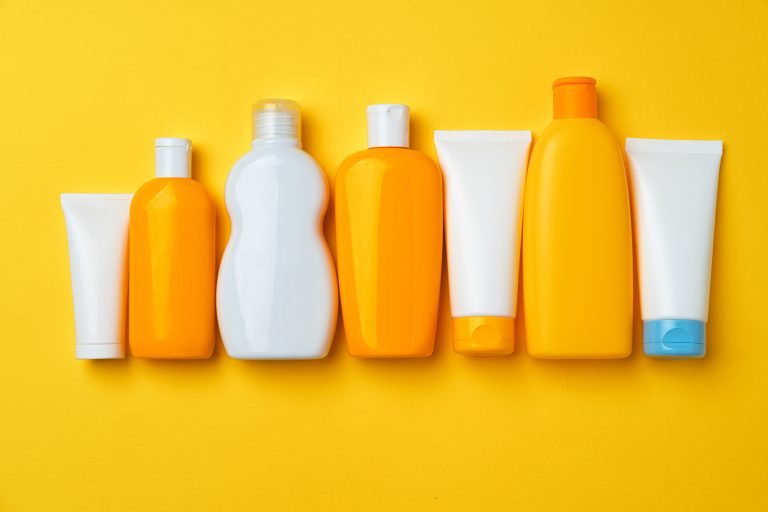 The Food and Drug Administration (FDA) mandates that sunscreens must remain at their original strength for at least three years (or, 36 months). So good news – you can use your sunscreen from last year again this summer!

Does sunscreen have expiration dates?

If you’ve noticed that your bottle of sunscreen has hit its expiration date, it’s time to toss it, because it will no longer be as effective as it needs to be to protect your skin.

No expiration date on your sunscreen? No problem! Use a sharpie or other permanent marker to write the date of purchase on the bottle. This way you’ll know when it’s time to toss the old sunscreen and pick up some fresh stuff.

Your proximity to the sunscreen’s expiration date won’t affect the efficacy until the product has actually expired. So, a sunscreen that will expire in two months should be just as effective as one that expires a year from now.

What happens if I use sunscreen past the expiration date?

If you’re not sure whether your sunscreen has expired, don’t worry. There isn’t one magical date where “expiration” happens and the sunscreen becomes completely useless.

Just know you won’t be getting the full amount of protection, so reapply sunscreen more frequently than normal and try to use other sun-protective measures like a UV umbrella or a sun shawl.

If you’re using it right, you probably won’t hit a sunscreen’s expiration date

Remember that if you apply the necessary amount of sunscreen and reapply sunscreen as often as it’s recommended, an average bottle of sunscreen probably won’t last very long, so you should rarely end up hitting a sunscreen’s expiration date.

It’s recommended that an average person use 1 ounce of sunscreen to cover your exposed body (aka one shot glass’s amount). This means that with a 4-ounce bottle, you’ll use 1/4 of the sunscreen during just one application.

For a full day at the beach, reapplying every two hours, it’s not unusual to use up nearly an entire bottle!

To get the full efficacy out of your sunscreen, try to go through one sunscreen bottle at a time so you don’t end up with tons of half-used sunscreens that might eventually expire before you get around to finishing it off.

How long does sunscreen last once opened?

Good news – sunscreen lasts just as long opened as un-opened! An open sunscreen does not expire any faster than the same sunscreen in its unopened state.

It’s not necessary to throw away an open bottle of sunscreen, so long as you properly store your sunscreen once you’ve opened it.

How do you know when a sunscreen has expired or whether it’s still effective?

It can be difficult to determine whether your sunscreen has expired or not (especially when it doesn’t have an expiration date and you didn’t write down the date you purchased it).

Here are a few signs that it’s time to toss that lotion:

Sunscreen can lose its effectiveness if exposed to heat or light for long periods of time, so try to store sunscreen in the shade or wrap it in a towel if you’re at the beach.

When in doubt, play it safer and purchase new sunscreen. Your skin deserves the best protection it can get, and a bad burn isn’t worth paying a few more bucks for a fresh bottle.

1 thought on “How Long is Sunscreen Good For?”

How Often Should You Reapply Sunscreen?

What’s the Difference Between Sunscreen and Sunblock?